Masterpiece on the banks of the Neckar River 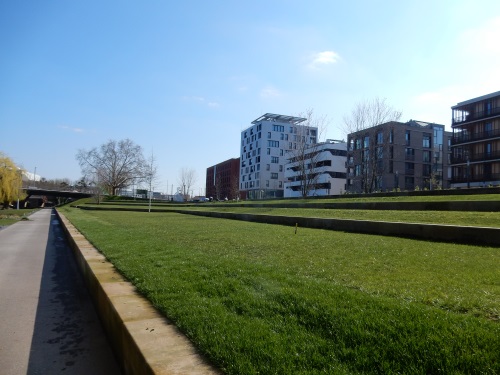 The Federal Horticultural Show in Heilbronn is open until 6 October. The exhibition provides visitors with a first insight into the new Heilbronn city district of Neckarbogen, which will be realised following the six-month event and is intended to create living space for around 3,000 people.

"iTWO civil creates a clear presentation of the orders and removals."

On April 17, 2019, the Federal Garden Show opened in Heilbronn with the motto "Blühendes Leben" (Blossoming Life). For the traditional garden exhibition, an almost 40-hectare wasteland between the Old Neckar and Neckar Canals, between the world of learning and experience "experimenta" and Heilbronn Central Station was redesigned in a proven  and tested manner. At the same time, the exhibition which will be open until October 6, will give visitors a first insight into the new Heilbronn city quarter of Neckarbogen which will be realised after the six-month event and is intended to create living space for around 3,000 people.

Measure and bill a huge area in the shortest time possible

Around 60 to 70 percent of the entire area of the Federal Horticultural Show including the "Neckaruferpark", "Sommerinsel" and "Rosengarten" adventure worlds, was billed by Bauer Ingenieurgesellschaft für Abrechnung im Bauwesen GmbH, a micro-enterprise with two employees, over a period of six to eight months. The client was Bietigheimer Gartengestaltung GmbH, the largest customer of the engineering firm. A masterstroke for the two entrepreneurs Erika and Nina Bauer, who now have a lot of experience - even in major projects. 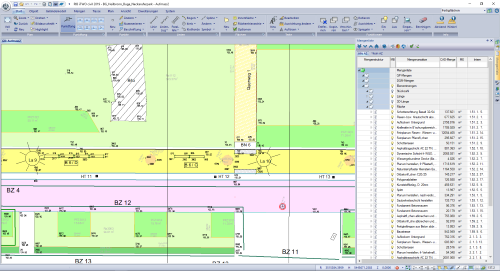 Accounting with iTWO civil from RIB. The clients expect Bauer Ingenieurgesellschaft für Abrechnung im Bauwesen GmbH to provide fast billing and billing plans of the highest quality. The software solution enables the creation of plans with a high level of informative value, so that billing can always be carried out immediately. 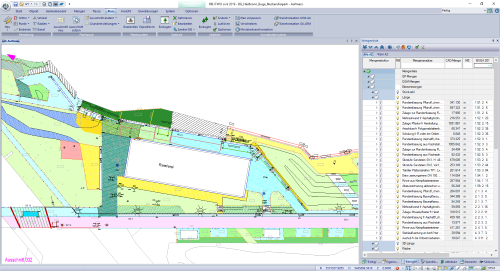 Survey plan with iTWO civil: At the time of the measurements, renaturation work was carried out by the Water Management Office on the grounds of the Federal Horticultural Show in Heilbronn. Thus the surveying work could never be carried out in one piece and completely and had to be merged later.

Exact specifications as basis for quantities

Due to the high quality of information in the plans, billing can take place immediately.

The company was founded in the eighties by Erika Bauer, Dipl.-Ing. Landespflege. In the 2000s her daughter Nina joined the company after successfully completing her studies as a land surveyor. Founder Erika Bauer discovered the advantages of digital surveying already in 1985. The office has been working with infrastructure software from RIB for over 11 years. Data exchange via the GAEB* interface and the quality of data preparation are indispensable to them. To this day, the engineering office has relied on RIB software solutions and implemented the complex models for the Federal Horticultural Show with the help of the iTWO civil CAD system. "Our calculations require technical software," explains the expert. "With iTWO civil I am able to switch between the various plan displays with just a few clicks by combining specifications and foils. The earth mass calculations are good and easy to perform with the help of the software. Especially for orders and removals, taking into account the standard structures. The program creates a clear representation of the orders and removals.  Pure "painting programs" offered by the market are not suitable for our purposes," she continues.

Not only the time frame was short for the two engineers at the Federal Horticultural Show: "The measuring work at a very early stage was particularly difficult," recalls Erika Bauer. At the time of the measurements, renaturation work was being carried out by the Water Management Office on the site, which today shows visitors the "Blossoming Life" on the Neckar River. Thus the surveying work could never be completely carried out in one piece and had to be brought together later. "Since our customers expect our office to provide them with fast billing and top-quality billing schedules, we had to measure the complex landscapes at a very early stage and then bill them. Due to the high-quality informative value in the corresponding plans, the accounting can be carried out immediately", Bauer continues.
Thanks to RIB's iTWO civil software, projects with such large amounts of data are no problem for Erika and Nina Bauer due to numerous digital terrain models and extensive 3D visualizations. Another advantage for the entrepreneurs is the possibility of assigning short names to attributes, which provides a quick overview in the plan. iTWO civil can also classify points, lines and surfaces very precisely, display orders and removals transparently and automatically organize all elements in slides, which also optimizes measurement work and provides convenience. A clear quantity list and the assignment via drag & drop to items in the bill of quantities significantly support billing. "Thanks to iTWO civil, we were also able to easily meet the time frame. And we are very pleased to have been actively involved in such a top-class landscape project," concludes Erika Bauer.

*The GAEB data exchange is a standardized exchange of construction information via the corresponding interface. GAEB stands for Joint Exclusion Electronics in Construction, one of the four main committees of the German Procurement and Contracts Committee for Construction Services. 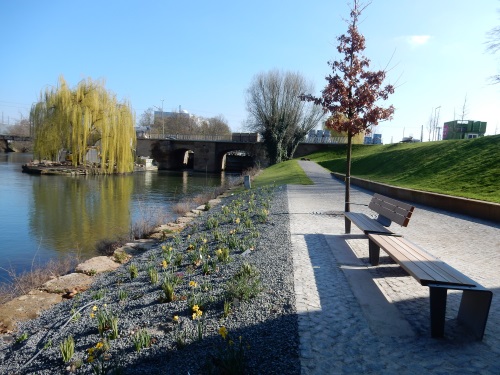 Around 60 to 70 percent of the entire area of the Federal Horticultural Show, including the adventure worlds "Neckaruferpark", "Sommerinsel" and "Rosengarten", was invoiced by Bauer Ingenieurgesellschaft für Abrechnung im Bauwesen GmbH.

The Federal Horticultural Show in Heilbronn is open until 6 October. The exhibition provides visitors with a first insight into the new Heilbronn city district of Neckarbogen, which will be realised following the six-month event and is intended to create living space for around 3,000 people.

> simple calculation of the earth mass

> Clear presentation of orders and removals