TECHNOLOGY AS THE FOUNDATION OF ENGINEERING SERVICES 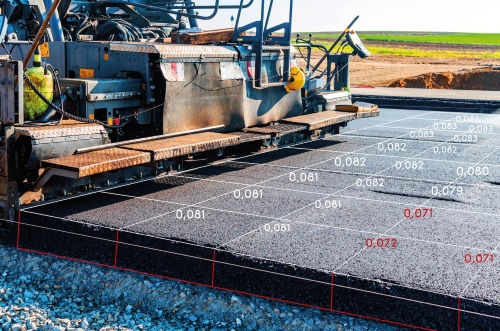 When overflying the area, the drones collect survey data in the form of point clouds over the entire space. At the same time, high-resolution photos are taken

When overflying the area, the drones collect survey data in the form of point clouds over the entire space. At the same time, high-resolution photos are taken

As the use of drone technology to survey construction areas is part of Federal Construction Minister Alexander Dobrindt’s “Masterplan Bauen 4.0”, the first pilot projects are currently under way to test this technology for the German road network. At the same time, this modern method is being compared with classical procedures: Both their economic aspects and the exactitude of the measurement are being investigated with reference to quantity surveying procedures. The goal is to accept drone surveying in the BIM (Building Information Modeling) standard by 2020.

SUCCESSFUL PILOT PROJECT ON THE A8

Already at the end of 2016, an independent pilot project was carried out on a partial section of the section of the A8 federal highway between the Schwalbach and the Schwarzenholz exits in  Saarland. Commissioned by Peter Gross Hoch- und Tiefbau GmbH & Co. KG from St. Ingbert, Saarland, Viscan Solutions GmbH supported the renovation  from the start of planning to the installation of the new surface. Alongside analyzing the layer thicknesses of the road surface to be renovated, the company, headquartered in Krauchenwies, Baden-Wuerttemberg, undertook site documentation before, after and during execution and calculated the  quantities for construction. The results are a good argument for the use of drone technology in the surveying field: Not just because drone surveying allows the determination of layer thicknesses without the need for drilling. The method is also economically efficient. On the section of highway to be renovated, the process turned out to be cost-neutral in comparison to classical surveying. And drone technology scored highly in its great speed of high-quality recording. With the latest drone technology, around six kilometers of a 3-lane road can be surveyed per day. For the same section, a surveying team of two people would need up to three days. A significant time gain, therefore. The results from drone technology also cover areas, rather than representing individual points: At every position on the entire section, they can be selected and evaluated at any time during the entire course of the project. The drone records a measurement point every five millimeters. In this way, an exactitude comparable to that of quantity surveying was achieved, something that also speaks for the modern procedure. The exactitude was investigated by Viscan Solutions in a further project and once more confirmed. 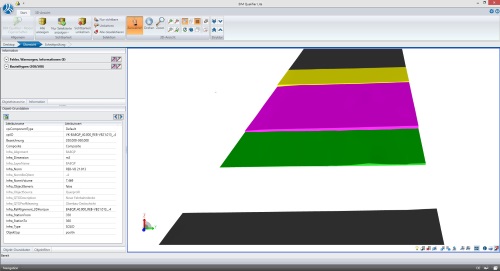 The data recorded by the drone and evaluated in special software were transferred to the infrastructure software iTWO civil by RIB. Consequently, in iTWO civil, lane limits, markings and shafts can be determined and surfaces and lines created, resulting in the end in a 3D site plan.

FROM THE POINT CLOUD TO 3D SITE PLAN AND DSM

“When overflying the area, the drones collect survey data in the form of point clouds over the entire space. At the same time, high-resolution photos are taken,” explains Nicolai Nolle, managing director of Viscan Solutions GmbH. The engineers at Viscan Solutions transferred the data recorded by the drone and evaluated it in the special software for infrastructure  iTWO civil by RIB. The software represented these in image quality so that the surveyors were able to work within the point cloud. “In iTWO civil we determine lane limits, markings or shafts, draw surfaces and lines from them and receive at the end a 3D site plan,” Nolle continues. The three-dimensional site plan finally forms the basis on which alignments and gradients etc. are planned and from which the digital specification and cross-sections, among others, can be calculated. “For the exact and detailed determination of layer thicknesses in a roadway, we use the drone recordings to create a digital site model (DSM) in the iTWO civil software, which we define, for example, via breaking edges and bounding lines,” director Nolle reports. “In this way, the layer thicknesses for each individual layer in every cross-section can be exactly represented. The question of whether surplus quantities have arisen is quickly elucidated in this way between client and contractor, documented and verified. Not to forget the exactitude of the method, whose results are comparable with terrestrial surveying.” In this way, engineers are able to gain all information that is required from the planning of a measure through construction to monitoring and billing.

In structural engineering, we above all use laser scanning procedures for surveying.

The goal of Viscan, which in the meantime is developing projects at three locations across Germany, is to attain integrated project processing along the construction value-added chain. Alongside photogrammetric surveying with drone technology, the engineering office also offers classical surveying procedures and laser scanning. Nicolai Nolle and his team of more than ten construction and surveying experts are above all specialized in documentation, quantity calculation and monitoring tasks, Alongside civil engineering, repair of concrete surfaces in structural engineering is also part of Viscan Solutions’ specialist expertise. Here, the measurement of layers and their thickness also plays a major part. “In structural engineering, we above all use laser scanning procedures for surveying,” Nolle says. In this field also, Viscan’s expertise is in demand in quality assurance and billing. The company also offers drones for photogrammetric surveying in earthworks construction on a leasing model to construction companies. Customers first receive training to explain the use of the aerial devices and can then take on the surveying for their project of their own accord. According to the company, using them is easy to learn. The subsequent evaluation and calculation using the data recorded by the drone is then carried out in the data center of Viscan Solutions. 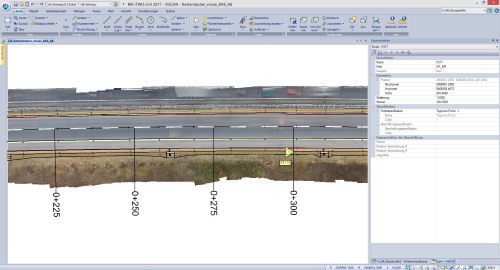 To aid the exact determination of layer thicknesses in a roadway in detail, the recordings from the drone serve as the basis for the creation of a digital site model (DGM) in the software iTWO civil. This is defined, for example, via breaking edges and bounding lines.

“To fulfill these tasks to the greatest possible contentment of our client, the use of modern technology is unavoidable,” Nicolai Nolle acknowledges. “For this reason, we rely on the most up-to-date hardware in our drones and work in the software area with RIB iTWO civil, one of the most advanced solutions for civil and infrastructural engineering. iTWO civil has won us over because of its intuitive handling and interaction with large datasets.” To work on the overall process continuously, in all phases, along the construction value-added chain, the introduction of end-to-end software with iTWO 5D by RIB is currently being planned. In interplay with iTWO civil, iTWO 5D offers the possibility of creating accurate billing for all services rendered and achieving transparent controlling. On the basis of route and volume objects, for example from the excavation or from covering layers, and by attributing these objects in a targeted way within iTWO 5D, work items can be determined promptly, the exact quantities and quality proven and calculations initiated accordingly, speeding up the overall process and making it transparent for all participants. “Intelligent systems help us to extend and optimize our business model,” Nicolai Nolle concludes. “They are the foundation of our engineering services, today and tomorrow.”