On the Bruno-Bürgel-Weg in Berlin-Niederschöneweide (Treptow-Köpenick district), STADT UND LAND has begun the erection of 124 apartments. The plot borders directly on the Spree. The apartments will be finished in 2016.

BERLIN, March 05 2015. Since 2009, STADT UND LAND Wohnbauten-Gesellschaft mbH, Berlin, has been carrying out tendering operations electronically on the RIB-maintained tendering platform of the state of Berlin (iTWO e-tendering public). As the number of processes is clearly increasing year on year, the housing association is planning over the long term to convert completely from the classical paper-based process to e-tendering. This goes for tendering to VOB (German construction tendering and contract regulations) and VOL (supply and services regulations).

In VOB processes, which the association carries out centrally via strategic procurement, electronic tendering has already been implemented to a very large extent. Documents for large, public projects are provided exclusively via the platform. Only for smaller projects do bidders still have the possibility of requesting the documents by email. In around 200 processes carried out in 2014, the rate of digital quotations submitted on the platform lay at 30 %. “We can determine a definite tendency towards e-tendering here over the past few years,” Michael Schleicher from strategic procurement at STADT UND LAND reports. To ensure the correct legal security and transparency and to comply with the new EU tendering directive, STADT UND LAND will soon no longer permit paper-based offers. 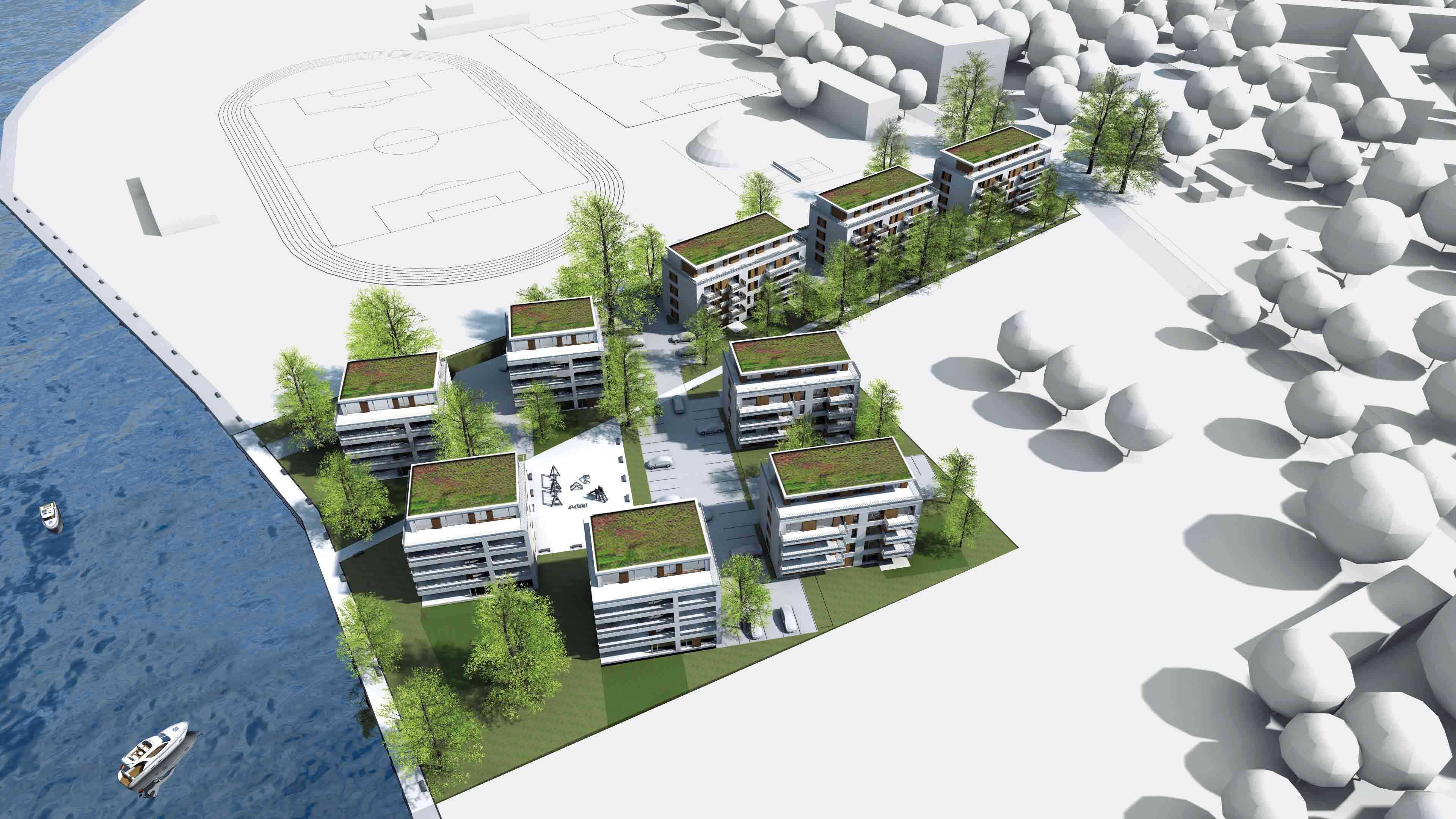 On the Bruno-Bürgel-Weg in Berlin-Niederschöneweide (Treptow-Köpenick district), STADT UND LAND has begun the erection of 124 apartments. The plot borders directly on the Spree. The apartments will be finished in 2016.

Michael Schleicher describes the advantages of the e-tendering platform and the digital process: “When we started with electronic tendering in 2009 and 2010, the number of processes was still fairly manageable, at 30 or 40. In 2014 we had arrived at 200, and it’s not going down. With classical tendering processes, we would already not be able to manage today such a large organizational effort.”

For this reason, all VOL processes are also soon to be transferred to the iTWO platform. For smaller projects, such as building custodianship or cleaning, the association has already been able to test this out. And also VOF projects, currently carried out in the classical fashion, will be scrutinized regarding the possibility of e-tendering.

STADT und LAND Wohnbauten-Gesellschaft mbH values not just the elimination of postal costs and effort for bills of quantities, but also the easy handling of collected tendering documents and the transparent documentation of the process that the iTWO platform provides.  The Berlin company intends to profit from these advantages in processes of all kinds.