Ready for BIM in Highway Engineering 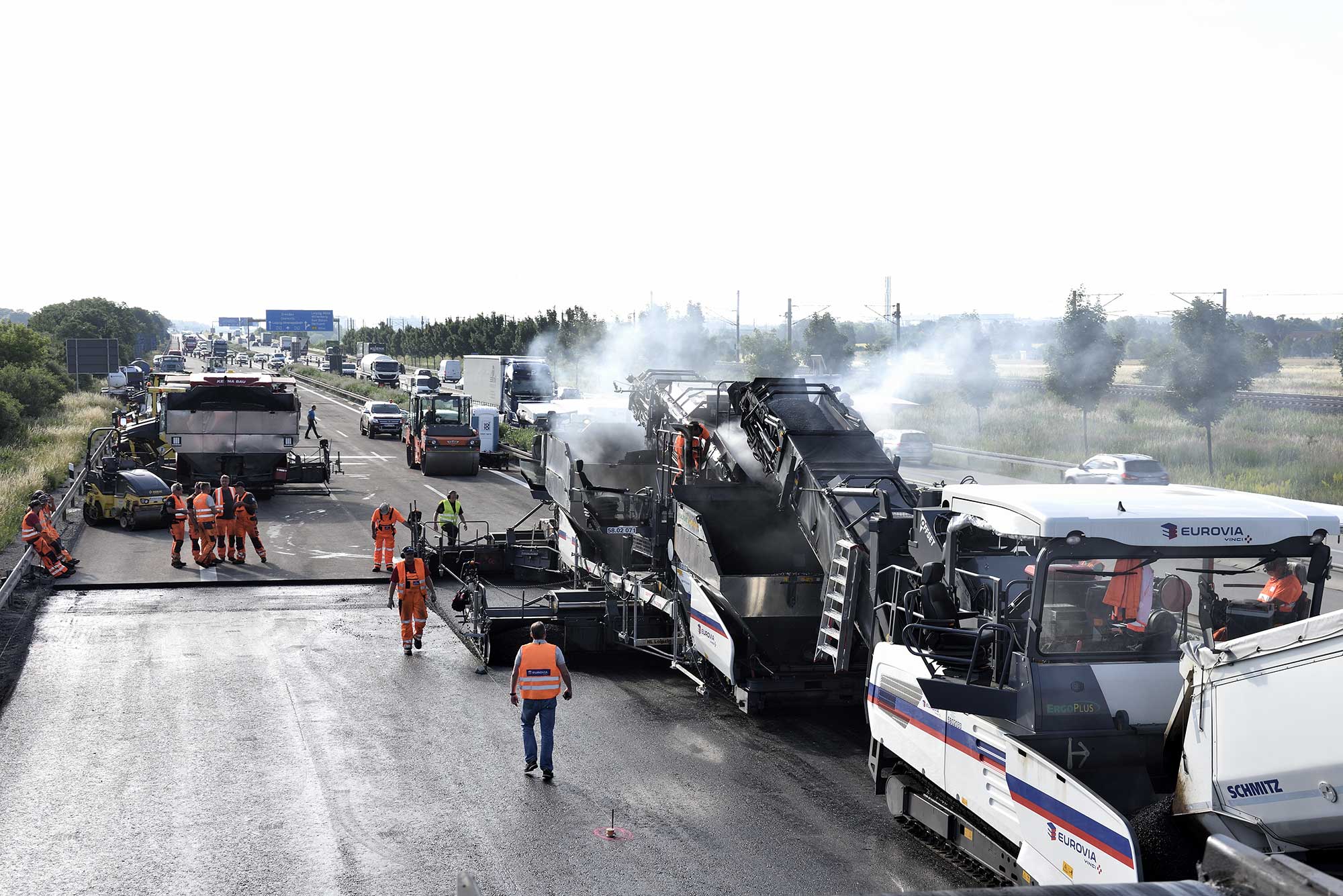 EUROVIA In the course of large infrastructure projects, in which the company has been involved for many years and has focused on a wide range of roles among the various tasks involved, the foundation stones of a comprehensive, company-wide BIM process are currently being laid. (© EUROVIA)

Positive experiences with the STRATIS software was what drove us to rely on a new, BIM-capable software system from RIB, based in Stuttgart

EUROVIA Germany is currently gearing up for model and object oriented working methods in the creation of transport infrastructure. As a company within the VINCI group, which has over 15,000 employees and € 2.9 bn in contracts in Germany in the field of energy, facilities and construction, EUROVIA covers the entire value-added chain in transportation construction across the country:

From raw materials extraction through production and recycling of road materials to project planning, construction, management and maintenance.

In the course of large infrastructure projects, in which the company has been involved for many years and has focused on a wide range of roles among the various tasks involved, the foundation stones of a comprehensive, company-wide BIM process are currently being laid. A competent team, to be focused exclusively on the topic of digitalization in highway and infrastructure engineering, has taken on this task. The work is taking place with modern software systems for a thoroughgoing building information model.

EUROVIA is currently tasked with the six-lane extension, maintenance and operation of the A7 highway between Bockenem and Göttingen. This is because the company is a project partner in the consortium “Via Niedersachsen”, to which these tasks were transferred on May 1 last year within the framework of a PPP (public-private partnership). Ground was broken for the extension on September 12 2017. In the course of this measure, 29 kilometers of the total 60-kilometer stretch of highway will be extended to six lanes. 37 bridge operations will be included, among them one major bridge and three wild animal crossings; three intersections must be extended/converted, two parking lots built and around 4,400 running meters of noise-protection walling erected. In around four years, the traffic should flow again in six lanes.

In the course of the project, the RIB software solution iTWO 5D will be deployed, in which, as an example, areas, lengths or numbers of units for bills of quantities can be derived from 3D models. Surveying, work preparation and calculation work hand in hand here. 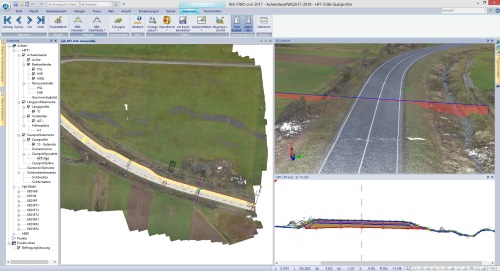 Around 30 surveyors currently work with the iTWO civil software. 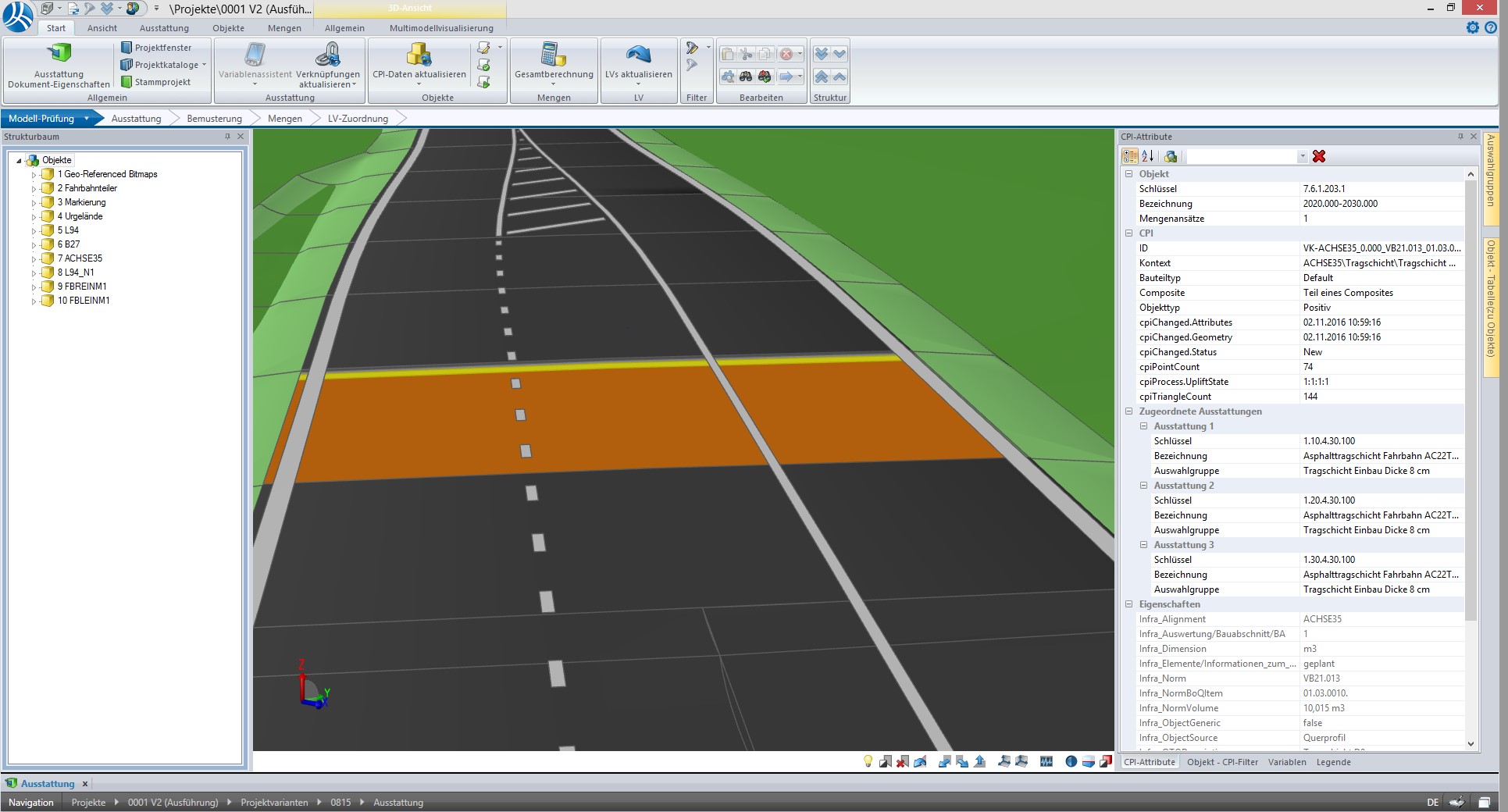 As part of the next stage, the integration of construction billing with iTWO 5D is planned at EUROVIA.

At the same time, in the surveying field, a general introductory phase is taking place with the iTWO civil software from RIB. First, in the second half-year of 2017, new standards were defined as the foundation for the entire enterprise. After a 2-day workshop at the start of 2018, the so-called “rollout” took place. In the second half of the year, the surveyors at EUROVIA will once again receive further training. The goal is to deepen the knowledge in working with the IT solution after a six-month introductory phase and to profit from the experience gained in daily project work.

A mature solution with a modern CAD surface

Around 30 surveyors currently work with the iTWO civil software at EUROVIA. Current projects are also being processed simultaneously with the previous system, STRATIS by RIB, until all the employees have truly got to grips with the new solution. New employees start straight off with the iTWO civil system. “The positive experiences made with the STRATIS software, which we have been using at EUROVIA for many years, are what have convinced us to rely on the supplier RIB, from Stuttgart, when instituting a new BIM-capable software system,” explains Mario Zink, construction billing and surveying officer at EUROVIA Services. Alongside iTWO and a further 3D solution for infrastructure engineering, both of them already deployed in the firm, the company has examined further software for working with BIM models. Of course, switching from the RIB system STRATIS to iTWO civil brings various changes in handling. The surface of the CAD system was a particular success in the company because of its closeness to STRATIS and the other software used at EUROVIA. A further criteria: Just like earlier programs from RIB, iTWO today is effectively the standard tool for all highway engineering authorities in Germany. Here, work is largely carried out in the classical manner and not with models; the use of this system, however, offers advantages in project information exchange.

If the surveyors are comfortable with iTWO civil, its integration in the construction billing field should follow in the next stage

“If the surveyors are comfortable with iTWO civil, its integration in the construction billing field should follow in the next stage,” Zink explains. The experience gained within the BIM competence team should then flow into this phase and support the creation of bills of quantities on the basis of model information. “BIM is currently of interest for very large infrastructure projects and in the future for all infrastructure projects; however, the experience and standards gained can be scaled to the level of fine detail without further effort, so that a large project palette can profit from them,” the expert confirms. Client requests for information are currently still a scarce commodity in civil engineering in Germany. This forms the foundation for successful and targeted work with BIM models. “We will further strengthen our team in this regard in the near future... but first we have to create the right conditions for our internal EUROVIA BIM process and then build further on these foundations,” he concludes.

> improved coordination of all parties involved in planning