For the new construction of the main fire station, the procedure for all trades was carried out via the RIB platform. Photo: City of Fürth

„Since 2018 we have only accepted digital offers from bidders in national procedures."

Jörg Riebeling, central tendering of the city of Fürth

E-Awarding on the iTWO platform

As early as 2016, electronic tendering was implemented at the city of Fürth as a pilot project for a digitization strategy. It is considered the starting point for the continuous improvement of external and internal processes throughout the municipality. The result of e-tendering in Fürth is a completely integrated, fully digital workflow from the output of tender documents to the award of the contract. To have as few media breaks as possible is also the goal of the independent city in the Bavarian administrative district of Mittelfranken. Fürth works on the vergabe.bayern.de platform, which is technologically based on the iTWO e-Vergabe public solution. All tenders with a minimum value of 25,000 euros or more are processed via this platform. This includes construction tendering accoding to the the VOB (Tendering and contract regulations for construction services)  aswell as the awarding of public supply and service contracts in accordance with the VgV (Award regulations) and UVgO (Subthreshold Awarding regulations).

Adaptation of new workflows in a short period of time

After a short test run, which started in November 2016, many processes have already been completely handled via the platform since March 2017. The new, digital processes were quickly adapted by the city of Fürth on the one hand and bidders from a wide range of industries on the other. In the construction sector in particular, electronic awarding via iTWO e-Vergabe public and bidding with the iTWO tender solution was very well received. Since the iTWO platform has been used across the entire federal state for many years, the construction companies were familiar with the procedure and the associated IT solution. Therefore, they were mostly familiar with the handling. "In other sectors outside the construction industry, other platforms are being used for awarding besides iTWO." explains Stefan Walter from the central awarding office of the city of Fürth. "Therefore not all bidding companies from the supply or service sector are familiar with the RIB platform accordingly. Here we usually provided support by telephone if any problems arose or referred to training courses offered by the supplier RIB Software," he continues.

Together with his colleague Jörg Riebeling and two other employees, Stefan Walter is responsible for the Central Awarding Authority of the City of Fürth. Since 2018 the integrated, completely media break-free process, which starts with the creation of the tender documents and ends with the award of the contract, has been established in Fürth. "Even in national procedures we have only accepted electronic offers from bidders from 2018 on", reports Jörg Riebeling. "We could not detect any significant loss of bidding companies. This means that the new workflow has arrived everywhere and is also seen by the bidders as a positive development and improvement", he adds.

The RIB platform was used for all kinds of awards. The iTWO software, for example, came into play during the procedure for the winter lighting in the pedestrian zone in the City of Fürth. Photo: City of Fürth 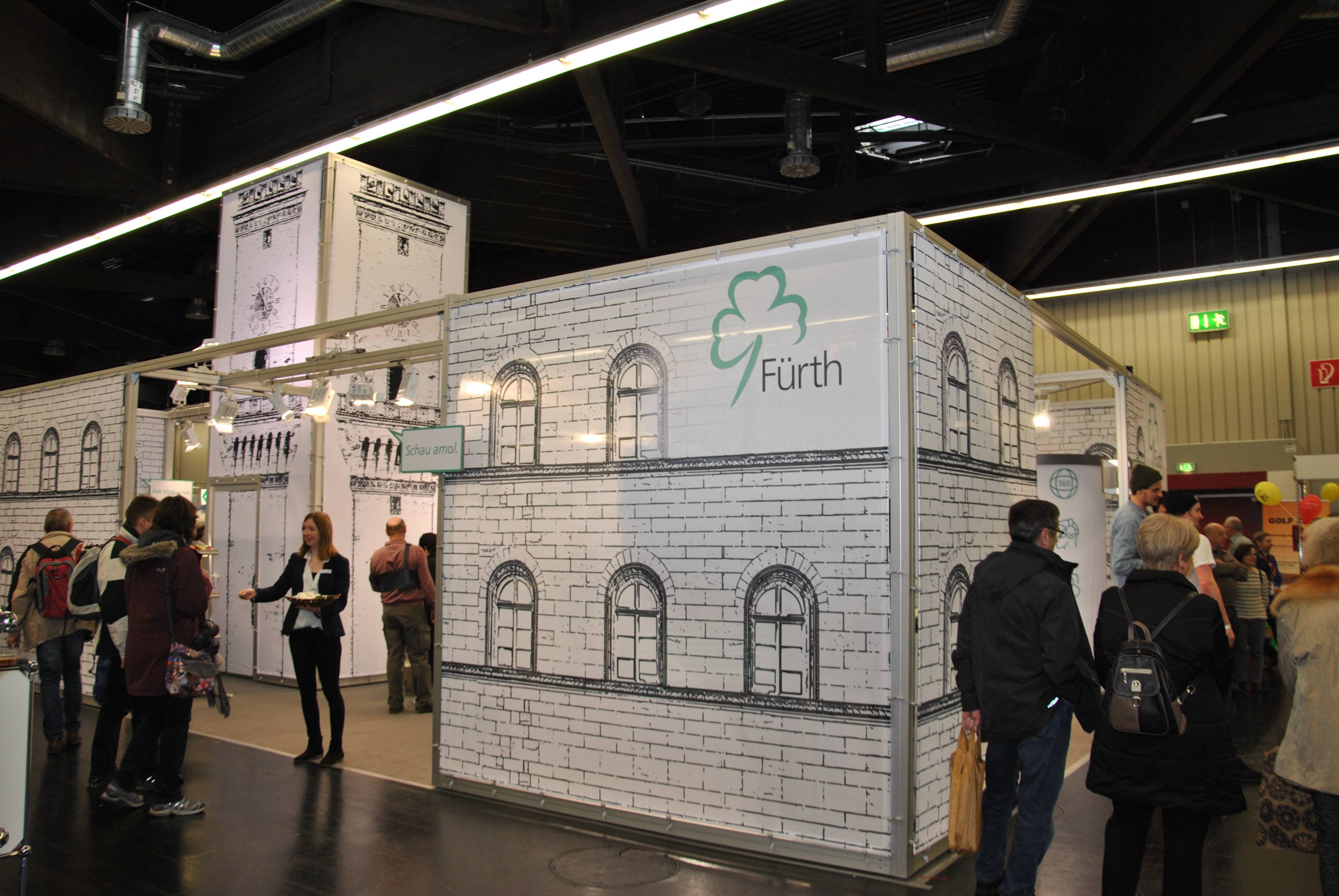 Besides construction awarding, iTWO e-Vergabe public is also used for public supply and service contracts according to VgV and UVgO. Here: The exhibition booth of the city of Fürth. Photo: City of Fürth

The result of e-tendering in Fürth is a completely integrated, pure digital workflow from the distribution of the tender documents to the award of the contract. As few media breaks as possible is also the credo of this independent city in the Bavarian administrative district of Mittelfranken.

Central tendering office of the City of Fürth

The independent city of Fürth is focusing on continuous improvement of processes and is also striving to implement additional workflows internally, where there should be no more media disruptions in the medium to long term. "With iTWO e-Vergabe public, we have a solution that is continually being optimized. At the same time, it is our goal to further promote digitization within the municipality. With iTWO e-Vergabe public, we are making an enormously important contribution to digitization in the area of awarding," summarizes Walter.

> bidders see the new workflow as a positive development and improvement

> as few media interuptions as possible