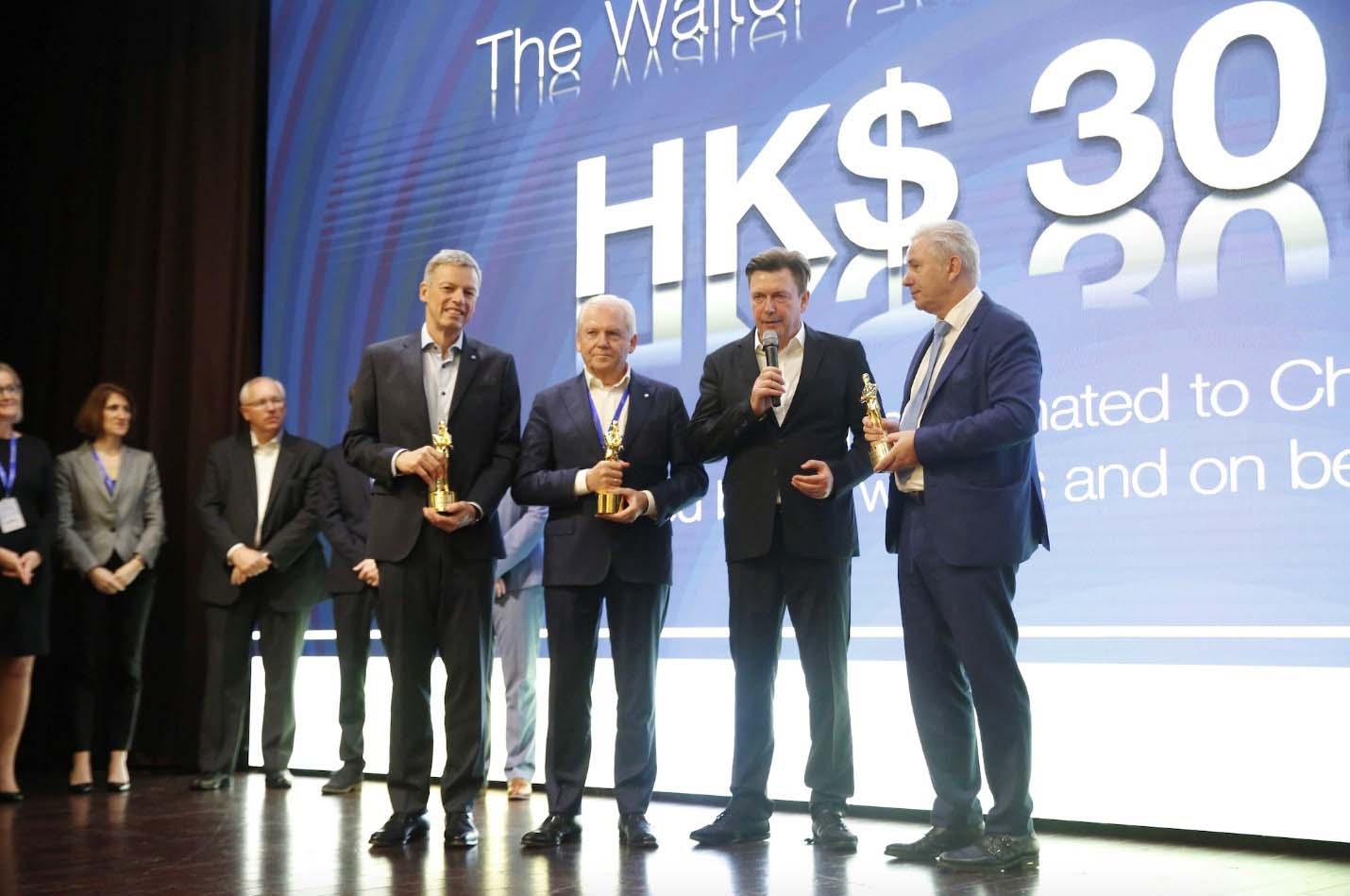 On the 100th anniversary of the founding of the Bauhaus, the Walter-Gropius-Prize was awarded this year in Hong Kong to pioneers and visionaries who had a formative influence on life in the 21st century. The award ceremony took place during the iTWO Bauhaus 4.0 Masters Summit, which was organized by the German software company RIB Software SE in Hong Kong.

Walter Gropius was a German architect and co-founder of the Bauhaus movement, which has its beginnings in Weimar in 1919 and developed worldwide influence through extraordinary designs, architecture and urban planning according to the motto "form follows function". Gropius, Ludwig Mies van der Rohe, Frank Lloyd Wright and Le Corbusier are considered co-founders of modern architecture.

In the age of digitalization, the Bauhaus movement gains new significance. To this end, RIB Software SE, which develops and distributes new technologies for the digital transformation of the construction industry globally with more than 1,500 employees, launched the Bauhaus 4.0 Initiative under the leadership of its CEO Thomas Wolf. The original founders of the Bauhaus innovatively combined craft, art and sustainability in their work and summarized this in the Bauhaus manifesto by saying "The ultimate goal of all art is the building!". In schools of art and architecture, young people were taught how to design functional, sustainable and artistic products. The Bauhaus 4.0 Initiative takes up this idea and sets itself the goal of turning digitization into art to solve the challenges of the 21st century, in particular the generation conflict and climate change, by creating a symbiotic relationship between technology, art and craftsmanship. The initiative plans to establish one hundred Bauhaus 4.0 schools worldwide in order to create a new aesthetic based on digital technologies.

A top-class jury selected three outstanding personalities as winners of the Walter Gropius Award for their contributions to the transformation of infrastructure, cities and academia:

Klaus Wowereit, former mayor of Berlin, who during his term succeeded in establishing Berlin as the most attractive location in Europe for young, creative people and start-ups. Prof. Dr. Rüdiger Grube, former Chairman of the Board of Management of Deutsche Bahn AG, who during his time at the head of Deutsche Bahn made decisive progress in digitizing and modernizing the infrastructure. Prof. Martin Fischer, Professor at Stanford University, who through his research and publications on the topics of virtual construction and integrated project delivery has significantly shaped the world’s thinking about efficient construction. 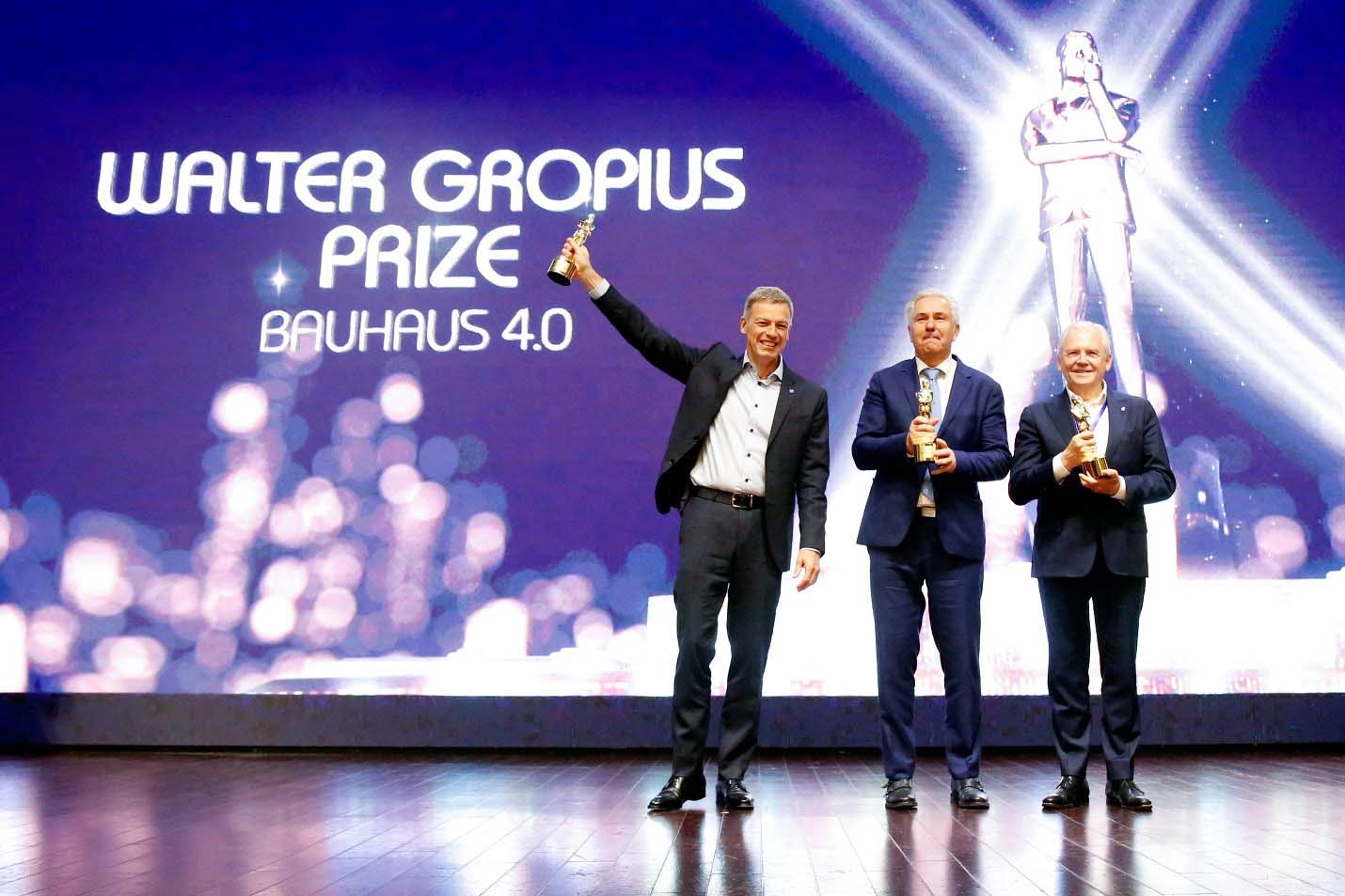 The award winners jointly decided to donate the prize money of around € 3,500 to charitable causes in Hong Kong.

About RIB Group
RIB Software SE is an innovator in building and construction industry. The company creates, develops and offers cutting-edge digital technologies for construction enterprises and projects across various industries worldwide. iTWO 4.0, RIB’s flagship cloud-based platform, provides the world’s first enterprise cloud technology based on 5D BIM with AI integration for construction companies, industrial companies, developers and project owners, etc. With over 50 years of experiences in construction industry, RIB Software SE focuses on IT and engineering and becomes the pioneer in construction innovation, exploring and bringing in new thinking, new working methods and new technologies to enhance construction productivity. RIB is headquartered in Stuttgart, Germany and Hong Kong, China, and listed on the prime standard Frankfurt Stock Exchange since 2011. With over 1,500 talents in more than 30 locations worldwide, RIB is targeting to transform the construction industry into the most advanced and digitalized industry in the 21st century.

All contacts at one glance